May 19th - the lake has been attracting about 20-30 LWHG most days recently.  Quite a few adult LBBG, which are presumably local breeders, but also many immature birds.  Today, a rather interesting and very bleached 2cy bird arrived late morning and immediately stood out as a contender for Caspian Gull.  I set about taking some record shots and trying to see all the required features.  Although the coverts were very worn, the inner GCs appeared to show nice broad pale tips and in some angles, the inner GCs appeared to show solid centres, but to be honest, there wasn't much left in the way of markings here.  What was left of the dark marks on the scaps looked good and the tertials looked to have remnants of pale tips, though these were quite worn and brown looking.  The head was nice and white with a dark streaked shawl, a small dark eye and a good looking long and narrow bill beginning to show some paleness at the base.  The legs were long, particularly the tibia and were a good shade of pale pink.  I was keen to see the underwing, particularly after last year's May contender, which looked quite good until it showed a dark brownish underwing.  This bird had a nice pale almost white looking underwing, so another box ticked.  Finally, the tail band looked good, despite being worn and brown and the upper tail was nice and white.  So, all in all, the features all pointed to Casp and I couldn't see anything to suggest hybrid, so a nice unseasonal find: 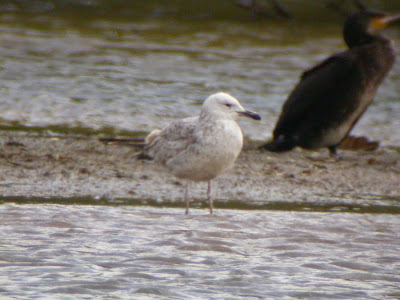 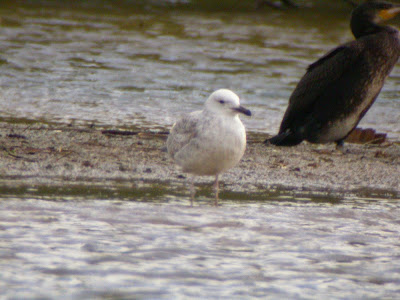 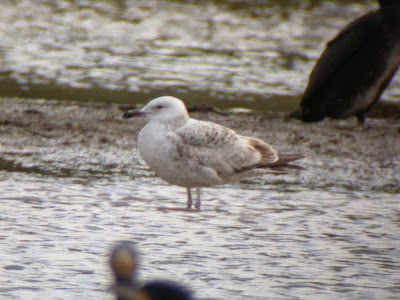 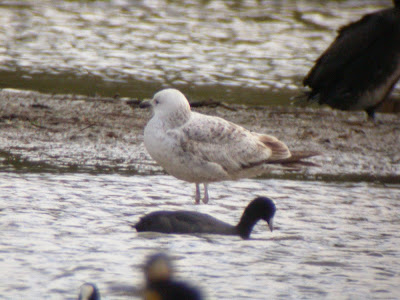