I have been away on a family holiday since August 12th, so this is an update on the best birds seen since my last post on July 26th up to going away.

On July 29th, an early morning visit found a moulting adult Black-tailed Godwit feeding on the spit amongst the gulls.  It didn't stay long though, as at 7am, when the gulls spooked (as they often do), it flew off.  A moulting adult Dunlin flew in at 6:45am, but was never close enough for photos and a juvenile LRP was also present. 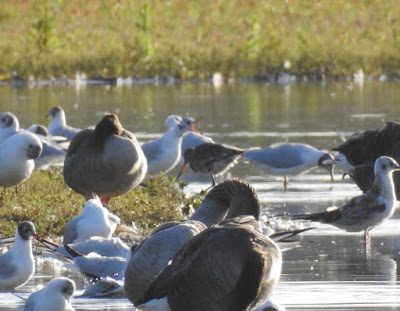 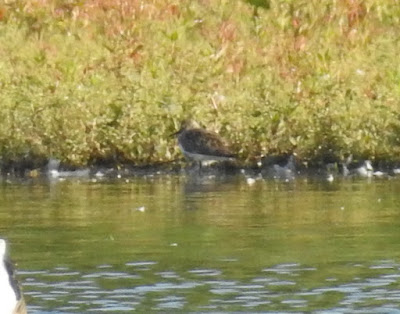 A brief visit after work on August 4th, found a Green Sandpiper, surprisingly scarce this year and only my second so far.  It didn't stay long and flew off south calling.  The following morning I was out early and had some good results: I watched  a distant Curlew fly steadily north to the east of the pit at 7am, a good year tick and not seen every year; presumably the previous day's Green Sandpiper was back on the spit, but it flew off again at 7:15am, this time to the west; two juvenile LRPs flew in at 7:30am; a Cetti's Warbler was heard scolding and then seen in the north east corner near the bench and was presumably the bird I'd seen in July, though it hadn't been reported in between and finally after my circuit and returning to watch the spit, a juvenile Greenshank, the first of the year, flew in and started feeding along the spit. 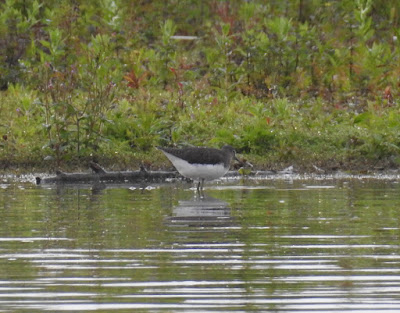 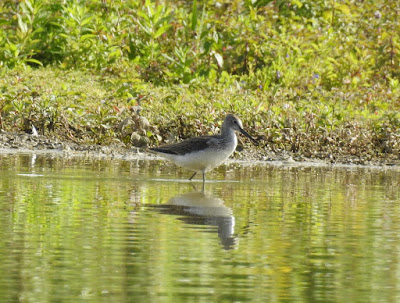 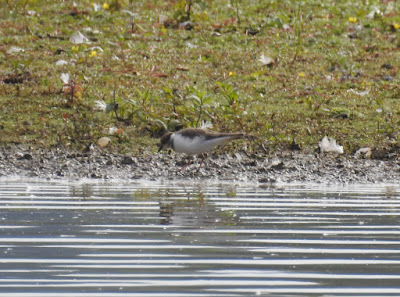 The following morning, August 6th, I was out early again and this time was rewarded with three moulting adult Sandwich Terns that flew in calling at 7:30am and immediately flew to and landed on the spit.  They looked pretty tired and began to roost and actually stayed until late morning, though weren't reported after 11am.  We do quite well for Sandwich Terns here, though these are my first since three in September 2013 and I was away on holiday last August when a flock of 13 birds was around for much of the day.  I also had a Yellow Wagtail fly over east calling and this morning the Cetti's Warbler was heard calling, then seen briefly on the southern bank, so it moves around a bit. 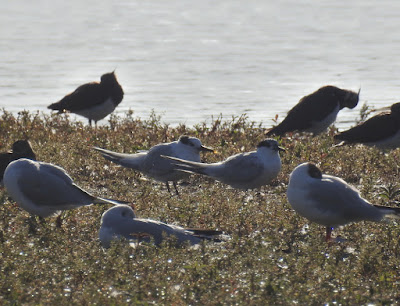 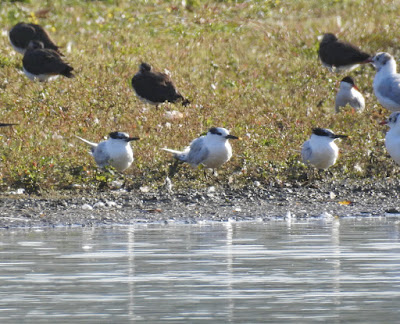 During a brief visit before work on August 10th, I heard another Sandwich Tern calling quite near to where I was standing, but my view was heavily obscured by lakeside trees and I never actually saw the bird/s that obviously flew straight through - rather frustrating! And another brief visit after work when seven Common Sandpipers were present, five had arrived during the day (found by Kevin H) and were joined by the regular two.  Four LRPs, an adult and three juveniles, were still there as well.

My final bird of note before my holiday was during another quick visit before work on August 11th.  This time, a juvenile Med Gull was seen to fly in at 7:30am and landed amongst the gulls on the spit. 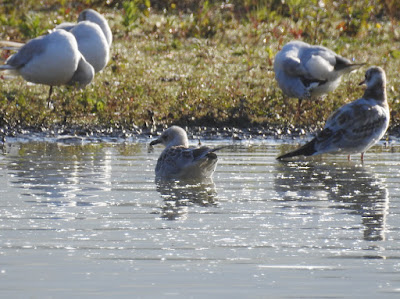 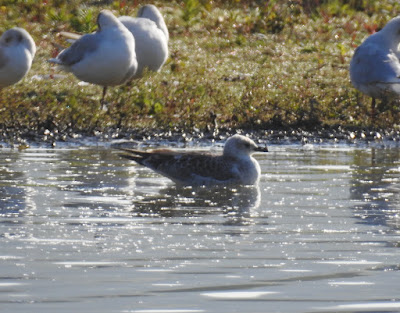 Other interesting sightings have included a Common Tern that had acquired its winter plumage quite early and had an almost solidly black bill. 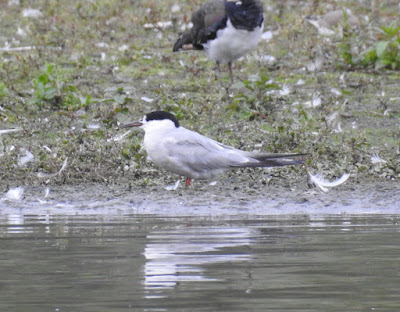 The ease of seeing Kingfishers, as yet another brood were being fed around the lake edges. 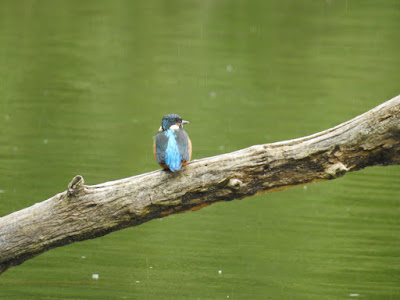 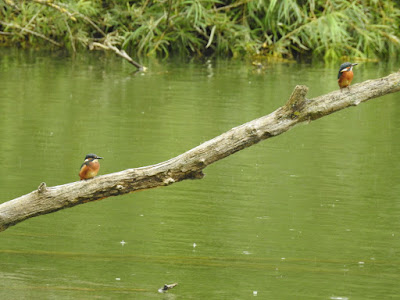 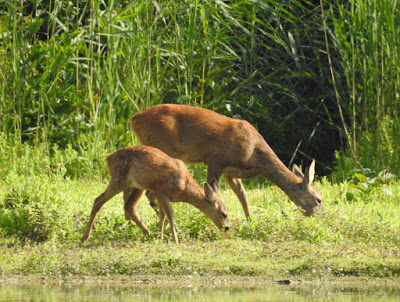 Posted by Adam Bassett at 07:55 No comments: