I've tried to capture the best birds below: 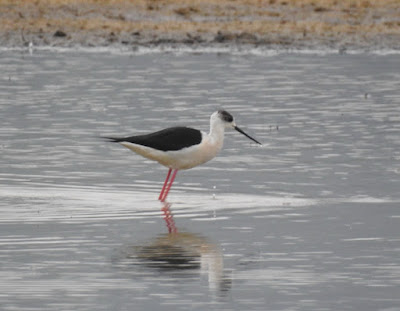 Further good birds that weren't photographed included an Osprey that flew through in late March; a reeling Grasshopper Warbler briefly in late April was only my second on patch; a fly through Curlew in early August; a Firecrest in the same bush as the Yellow-browed Warbler in late September was only my second on patch; a single Hawfinch over south in October, followed a week later by a superb flock of ten birds over low south east were my second and third patch records; a patch tick fly through Merlin in early December and lastly a Jack Snipe in mid December.

So a great year in 2017, the pictures bringing back some fantastic memories.  Hopefully 2018 will be equally as good.
Posted by Adam Bassett at 04:41 No comments: