I haven't had much time to visit the patch over the past week with work and school holidays getting in the way.  It doesn't look like I've missed much though apart from a brief flock of 6 Greenshank that Kevin H saw fly off west from the spit last Thursday (8th) - a large flock for this site.  Hopefully 1 or 2 more will appear over the next few weeks.  Whilst I'm thinking about 'missed' waders - I bumped into a guy that I didn't know last week who said that he'd had a flock of half a dozen Black-tailed Godwits on the spit.  This was early on Sunday 28th July - he said that he watched them fly off south at around 6am - so you never know what else is going through unseen when we're all in bed!

The juvenile Med Gull is still being seen most days.  It has started moulting its scaps now - I first noted this last Monday (5th) and took this record showing a nice pale grey scapular: 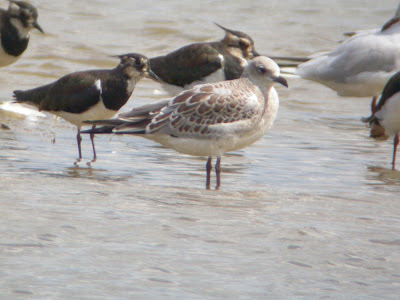 Today there was nothing unusual of note, but it was interesting to see at least 5 broods of Great Crested Grebes with recently hatched young - I saw broods of 4, 2, 2, 1 and 1+ (at least 1 hidden on the adult's back).  They have hatched quite late, but obviously find the lake to their liking.  A single winter plumaged Dabchick was also lurking under the island.

I have managed a couple of off patch visits recently.  Firstly to see a nice adult Pec Sand at nearby Eton Wick, Berkshire on Sunday 4th.  There was a juvenile at this exact same location last Autumn, so you could speculate that it is the same bird using the same route.  The bird was keeping the company of 2 adult Dunlin, but refused to fly into Bucks as last year's bird did on several occasions. 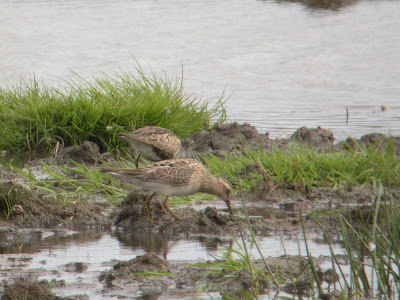 Secondly, a visit to Tring Reservoirs, specifically Startops End Reservoir in mid Bucks.  A 1st summer female Common Scoter had been showing well for several days, so I decided to take a look.  This reservoir is a bit frustrating for county birders as the Herts/Bucks boundary runs through the NW part of it, most of it being in Herts, but the smaller NW side being in Bucks.  If the bird is flying, such as last year's Sabine's Gull, then it can easily enter both counties, but a more sedentary bird such as last year's Snow Bunting can be more difficult.  Luckily for me, the Common Scoter was in the NW corner on my arrival as that is where the loafing wildfowl flock was frequenting, so no waiting for it to swim into the 'correct' county. 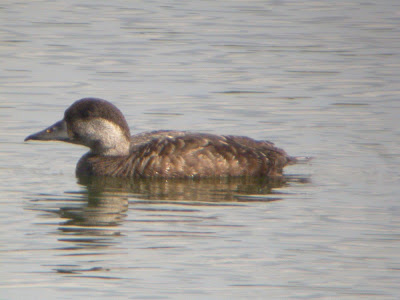 And finally a couple of interesting non-avian garden records.  I am lucky that I get Silver-washed Fritillary butterflies annually in the garden as a small breeding population frequents the adjacent woodland.  Over the past week, a couple of females had been visiting the buddleia bushes and also ovipositing all over the place, including in the brickwork of the house under the damp course. 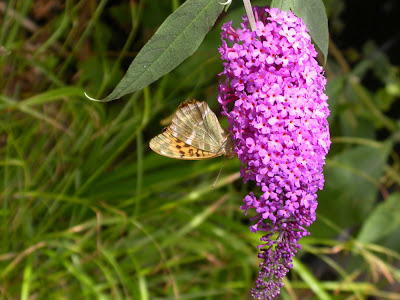 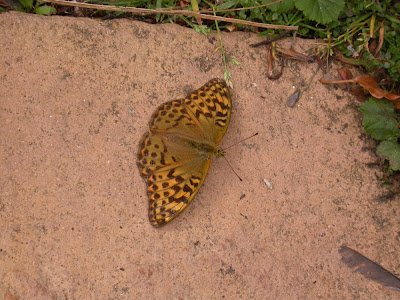 Striped Lychnis is a scarce national moth species, but Bucks is one of its strongholds.  It was nice to find a distinctively marked Striped Lychnis caterpillar in the garden feeding on its foodplant, a verbascum sp. 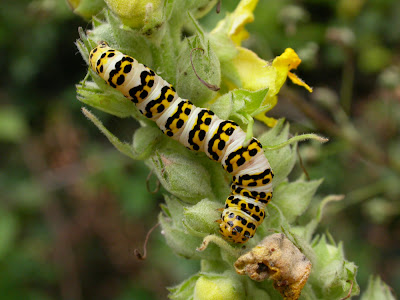 Posted by Adam Bassett at 01:52 No comments:

3rd August - I received a call from Alan S at midday to say that 3 Black-tailed Godwits had been reported at the pit - thanks Alan!  I'd missed the last one a few weeks ago due to my phone not receiving texts for some unknown reason - also received a test from Malcolm P - thanks Malcolm!  There have been lots of Blackwits around the region recently, so I was surprised there hadn't been more at the pit, as it normally does quite well for them.  I made my way there with children in tow knowing that a work party was due out at 1pm and would probably disturb the birds.  Fortunately the splendid 3 adult Black-tailed Godwits were still present, though slightly difficult to see in the southern bay.  Often obscured by the near spit, the birds fed quite actively with the water up to their bellies at times.  A few distant record shots below: 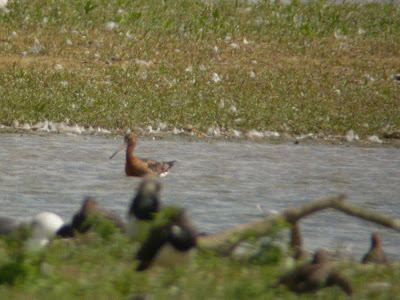 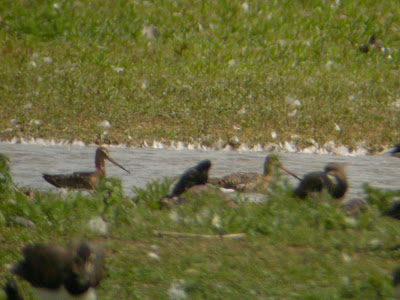 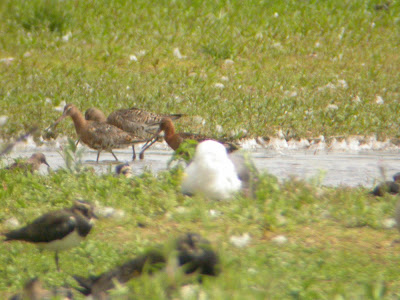 Otherwise, it was fairly quiet as it has been for a while.

A juvenile Med Gull has been very regular over the past week or so.  I've seen it most times I've visited and it can be seen morning, daytime and evening, though it is usually only present for an hour or two at any of these times. 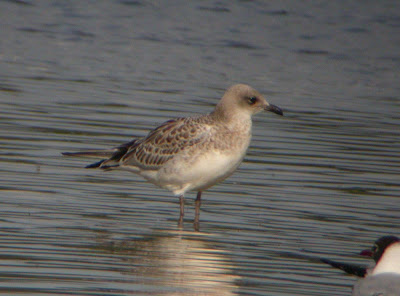 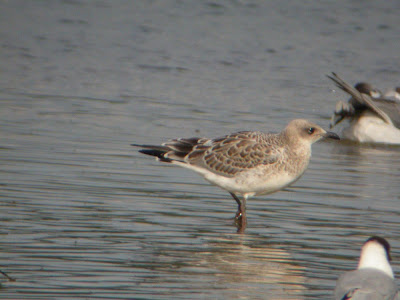 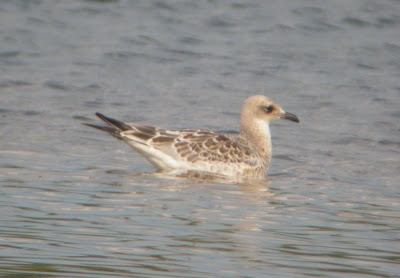 An adult YL Gull has also been regular over the past couple of weeks, though surprisingly for the time of year, this is the only one I've seen, except for a probable juvenile that I didn't have time to scrutinise properly.

I've continued to pass time by looking for CR gulls and have had repeat sightings of many of the BHG, though yellow 2BTS was a new one.  This bird was ringed as an adult at Rainham tip in March this year. 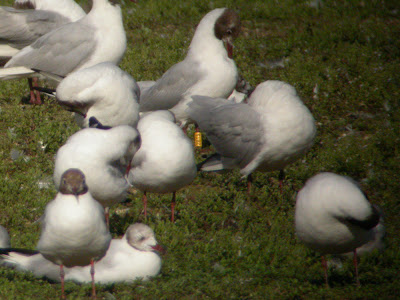 A couple of recent ringed LBBG were also birds seen at this site in previous years - white WO (red) ringed in the Netherlands and black G:K, a regular bird for many years ringed in Bath in 2006 - it spends some of its summer here and winters in Portugal.
Posted by Adam Bassett at 01:56 No comments: